Why I love Zumba 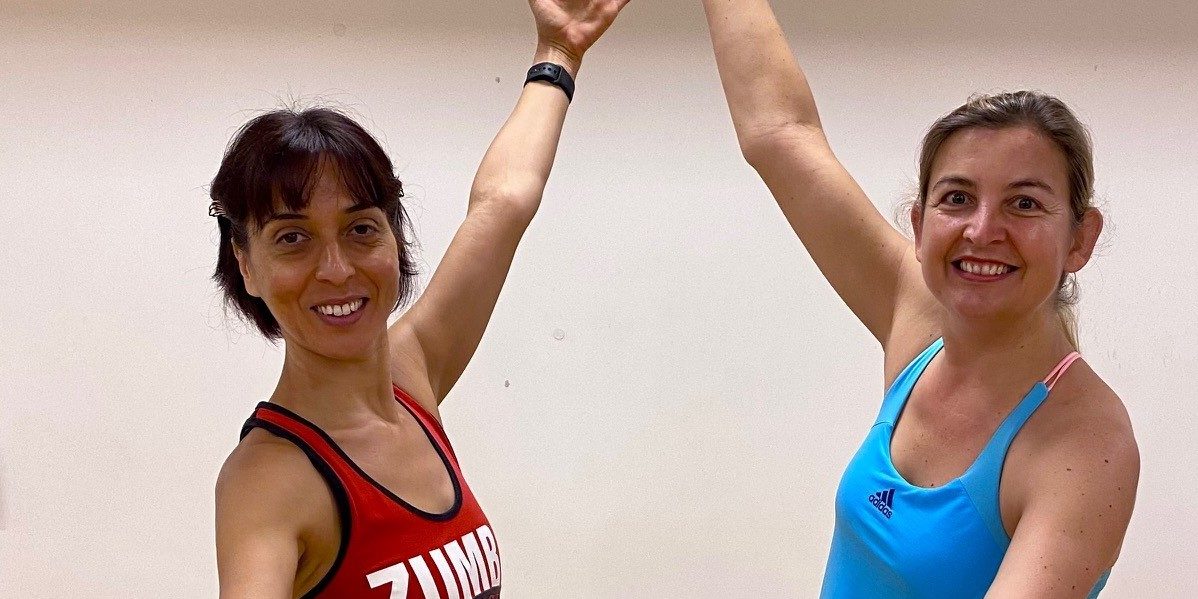 There are many modes of exercise, and it’s vital to choose the most appropriate activity for your needs and that you enjoy, then it will keep you going back for more.

I am known as the Zumba Queen amongst my friends and family. Dancing has been a passion of mine since I was a kid; something that has connected me to a diverse range of people and cultures over the years, including corporate team kick-offs in countries worldwide.

Zumba for me is fun, it is like going to a dance party, the exercise and increase in cognitive function is a bonus. Dancing has been an important part of my health and well-being, along with yoga, breathing techniques, strength and conditioning, a healthy balanced diet and mindfulness practices.

What I love about Zumba is the Latin American upbeat music, variety of dance routines and an amazing community made up of all ages and backgrounds. When we dance together we smile, laugh and share positive energy together. Who would have thought I would love Brazilian funk music and dance routine which looks like I wiping cake into my face repeatedly, though it makes me feel alive thanks to my amazing Zumba teacher Mary (photo).

What is the link with my passion for neuroscience?

Music stimulates the brain’s reward centres, while dance activates its sensory and motor circuits. According to a 2015 Harvard Medical School article ‘Dancing and the brain’ has such beneficial effects on the brain that it is now being used to treat people with Parkinson’s disease. “There’s no question, anecdotally at least, that music has a very stimulating effect on physical activity,” says Daniel Tarsy, MD, an HMS professor of neurology and director of the Parkinson’s Disease and Movement Disorders Center at Beth Israel Deaconess Medical Center (BIDMC). “And this can apply to dance, as well.” Dance improves brain function and boosts memory.

A study by researchers at the Albert Einstein College of Medicine found that dancing is associated with a 76 per cent reduced risk of dementia among the participants. Another study published in the Frontiers in Aging Neuroscience showed that dancing improves cognitive health by improving one of the cognitive areas known as spatial memory. The study also suggests that maintaining an active lifestyle into old age can preserve motor and perceptual abilities.

Having experimented with many dancing styles over the years, I have developed a love for Latin American dance styles, especially salsa. Dance has been a way for me to incorporate exercise into my life, both at the gym and when I’m running training workshops for my clients. Where possible, I incorporate singing and dancing into my workshops to help improve cognitive function.

A study carried out by Coventry University academics for BBC One’s The Truth About Getting Fit 2018 suggests that salsa dancing can boost brain function. The results showed an improvement in the three areas of brain function testing. This included coincidence anticipation, which is the ability to respond to a moving stimulus such as catching a ball and visual discrimination, which is how fast and accurately people respond to particular symbols or visual cues. But the researchers’ biggest surprise in the third area was how much the dancer’s visual-spatial working memory improved after the period of salsa dancing. Visual-spatial working memory is the ability to hold visual information within the brain and then replicate it.

The test showed an average improvement of 18 per cent after the salsa dancing, compared to improvements of between five and 10 per cent for the other areas of cognitive function tested.

I am known by clients and family to have a very good memory and now I know what contributes to this increased cognitive function and well-being. Bringing together my passion for dancing and neuroscience is exciting and I look forward to combining this more into my speaking engagements in the future!

Interested to learn more strategies to increase the cognitive function of your brain, gain a copy of REWIRE for SUCCESS – An easy guide for using neuroscience to improve choices for work, life and well-being. www.linksuccess.com.au/rewire-for-success/