How to promote a collaborative work environment 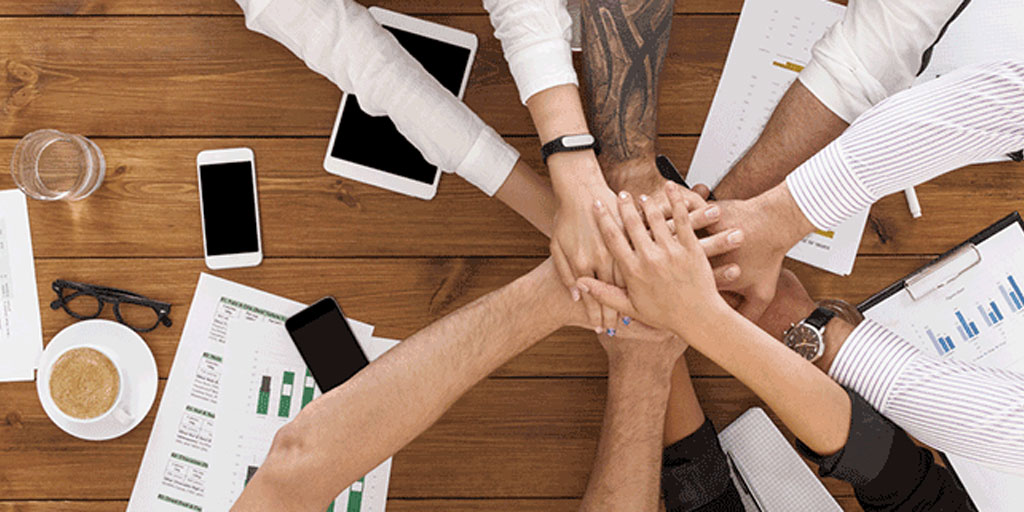 Teams can choose to work either way – in collaboration or in competition.

The latter creates an impression of battle lines being drawn and soldiers of war parading to show their individual strengths against each other. Healthy competition can allow members to raise their bar but with the term ‘competition’ you never know when the prefix ‘healthy’ changes to ‘unhealthy’.

The power of collaboration

To me, the word ‘collaboration’ ticks the right boxes and strikes the right chords. Why? For one, the connotation of the word is just so beautiful, “let me commingle with you and in doing so help both of us become better than we were when separate”. A Collaborative work environment facilitates a very fruitful exchange of perspectives and gives the concept of ideation optimum wing-span.

A company which collaborates, keeping shy of hierarchical differences, often gains from the beautiful arrangement. A stray thought, randomly put by one of the low-rank employees changes the fortune of the company and its stocks shoot up in a fortnight….all because it chose to put merit before hierarchy and fostered the collaborative spirit.

Even if you are not as lucky as an organisation that has its fortunes changed by such stray thought, the healthy collective pool of ideas will definitely define key strategies for you in foreseeable future. Just as I mentioned a little earlier, the mantra is simple. I can do something okay enough and so can you…if we converge on it, we will be doing it better than the sum of our individual capacities.

Haven’t CEOs found, time and again, that two workers with individual capacities of x units (measurable variable) each can often deliver tasks of 3x unit capacity when together? Such is the force of collaboration.

I think, before anything, the ambiance of the organisation needs to be just right. There is an air of transparency within teams which genuinely collaborate. No one is busy hiding his/her flaws; no one resists a public scrutiny.

Contrarily, there is a genuine desire to be instructed by another member at times one goes wrong. When members assume others as unofficial custodians of their talent, they start being more receptive to feedback. And just like a 360 degree approach it helps!

What methods do you employ to foster team spirit?